...Over the phone he calmed me down and helped me understand that I had a valid complaint, so I made an appointment. 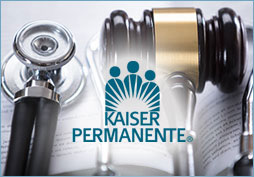 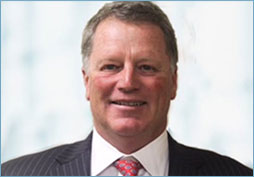 Improper medical care in which healthcare professionals fail to uphold their duty of care to their patients can have serious if not catastrophic consequences for the victims of their negligence.  Johns Hopkins Hospital ranks medical malpractice as the third leading cause of death behind heart disease and cancer with 250,000 deaths annually.

And, while medical malpractice occurs every day throughout the country, when it occurs to celebrities, it garners a lot of coverage in the media. Celebrities are just as vulnerable to medical malpractice due to negligence on the part of their healthcare professionals, often with very tragic results.

Case in point is pop icon, Michael Jackson, whose death was due to an overdose of a powerful anesthetic, Propofol, which is generally used in surgical situations. His physician, Dr. Conrad Murray, was administering the drug to Mr. Jackson to help him sleep. Dr. Murray’s medical licenses were revoked in both Texas and California, and he was ordered to pay $100 million in restitution to the Jackson family.

There are many other famous people who have suffered due to improper medical care and negligence.

A great lawyer for anyone needing someone knowledgeable and professional, as well as attentive.

The actress, Julie Andrews, underwent surgery in 1997 to remove cancerous nodules from her throat. As a result of the surgery, Ms. Andrews claimed that her vocal chords were permanently damaged, and she was never able to sing professionally again. Andrews filed a malpractice suit against two doctors and Mt. Sinai Hospital in 1999. A settlement for an undisclosed amount was reached between the parties involved.

Pro wrestler, Hulk Hogan, underwent back and spinal surgery after suffering a serious career-ending injury. Afterwards, Hogan filed a medical malpractice claim against several doctors, claiming that the surgery did nothing to relieve his pain and was unnecessary. Pro golfer, Tiger Woods, accused a former nurse at the hospital where he was treated for injuries sustained in a 2009 car accident with accessing his medical records without permission.

Comedian and actor, Dana Garvey, underwent heart surgery in 1997. However, two months later he was informed that his surgeon performed a bypass on the wrong artery. Garvey subsequently sued for medical malpractice and was awarded $7.5 million which he then donated to charity.

But, perhaps the most tragic case is that of actor and comedian, John Ritter, who died in 2003 as the result of an aortic dissection, a tear in the inner layer of the aorta.  According to the malpractice claim, Ritter’s doctors misdiagnosed the dissection as a heart attack and did not administer the proper treatment. Additionally, his physicians failed to detect Ritter’s enlarged aorta during a cardiac exam two years prior to his death.

The same laws apply for you